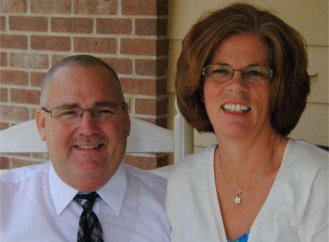 Born November 18, 1957, in Memphis, TN, Timothy obeyed the gospel December 5, 1977 in Southaven, MS. He and Lynn (Morris) were married September 19, 1976. They have three children, all of whom are Christians and married: Ginger (married to Jason Bayless), Tim, II (married to Rachel Hayes), and Amanda (married to Jeffery Ferrell). They also have ten grandchildren: Cali, Ethan, Addi Belle, & Georgia Paige Bayless, Kaiden, Melaney, & Porter Ferrell and Titus, Abigail, & Lily Wilkes. A DUI offender killed Ethan at 2 ½ in December 2004. He and Lynn worship with the Coldwater, MS church of Christ, where he serves as an elder. Having preached since 1979, Timothy is the director of the Fishers of Men Ministry. He first took the Fishers of Men course in the spring of 1982 and began immediately to teach principles of FOM to local congregations where he preached. In 1988 he began to teach the entire course on a part-time basis and by 1992 was teaching the course regularly. Though he was teaching the course with a full-time schedule in 1993, Timothy didn't leave full-time local work until 1994.

In addition to holding the BA in Bible, M.Th. & D.R.E. He is a graduate of the Memphis School of Preaching two year program and three year graduate program.