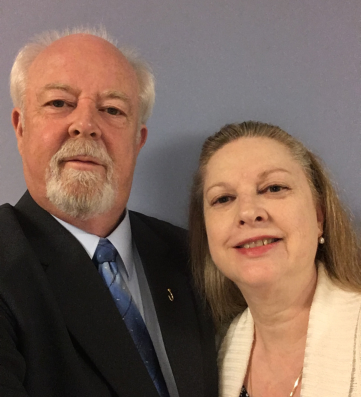 Barry is a native of Augusta, Georgia. Married to Melany (Eads), a nurse and the daughter of an elder. They have 3 children and 4 grandchildren. He is a 1975 graduate of Memphis School of Preaching, a graduate of the Southern Christian University, with a (BA in Bible).

Brother Hatcher has been preaching for forty-five years. He has served as the located evangelist for churches in Tennessee, Arkansas, Georgia, Alabama, and Texas. He has participated in many missionary campaigns, and has directed four campaigns to Jamaica, West Indies. He has preached in thirteen States and eighteen foreign countries. He has lived in Indonesia for over fifteen years over the past thirty-two years. He moved to Indonesia in 1987 with Melany and three children, and founded the Southern Sumatra Bible Academy (a preacher training school) in 1989. The school is in her 30th year of instruction, and is located in the city of Tanjung Karang, Southern Sumatra. Since 2005 until the present, he works as a fulltime instructor with the Fishers of Men training program, and is designated as their international instructor. He has taught the three-month training course in thirteen countries: Indonesia, Malaysia, Singapore, Philippines, Nigeria, London, Eritrea, Bahamas, Jamaica, St. Thomas, St. Croix, Mexico and New Zealand.

Brother Hatcher presently lives in Wetumpka, Alabama and continues to travel internationally for Fishers of Men, and once each year to Indonesia for up to three months per trip.

No schedule at this time.